Suddenly, what kind of day is September 22nd?

This may be the last day for many people, but this is the last day of Virgo. (August 23-September 22) And what a birthday for me writing this blog !

It’s very important, so be sure to write it down on your calendar. I’ll miss you if I forget.

I think it will be big by next birthday, so let’s get along from now on!

I became 23 years old this year, but every year my birthday is often just after moving to a new place, and I often spent my birthday quietly without anyone noticing it. Had a different birthday.

Happily, I had friends who celebrated my birthday!

That is them. By the way, one person in this photo is a Brazilian. I didn’t know until this day due to a strange flow. Lol But it doesn’t matter how long you become friends. That’s a good thing overseas.

Today is my birthday. Moreover, people gathered so much that I wanted to do something different this year.

That’s right, I decided to carry out the dream that I had always kept in my mind. ..

Go to an Australian strip club! !

No. I’ve heard about it before, but I thought I would never go to a shy person like myself, but I was always interested to visit a strip club. e? I don’t have any intentions.

I’ve only seen strip clubs in the virtual space of Grand Theft Auto.

The 23-year-old is a mature adult in the world. I finally decided to climb the adult stairs. ..

So this time I’m going to write an article to the extent that I can apply my first experience at a strip club!

I think the readers are 90% male, but I hope you enjoy it.

My 23rd birthday was the best day of my life. (Meaningful)

As a man, you can understand what a strip club is without explaining it, right?

I have also heard the name, and I have seen it briefly in movies.

The image before I actually went

“Where women are doing sexy pole dances and men looking at them and grinning?”

I was thinking. Anyway, you were imagining a place that was an essence.

However, I actually went and felt that this idea was half correct and half wrong.

So I drank some alcohol and headed for Uber in the state of tipsy.

Uber is convenient in such a case. You don’t have to worry about finding a parking lot and you can drink alcohol.

You need cash because you throw money at the woman doing the show .

You may have seen it in movies etc., but at a strip club there is a big stage in the middle, where various women are doing pole dances and sexy dances, and if there are people who care about paper money Can throw By doing so, the other party will provide more services.

Throwing banknotes at a woman is a rather unusual activity, but let’s break it down as an experience. It is very addictive.

As I was watching, there were many people who threw money at the timing when the girl I was aiming for was doing a show. It is a perfect society in which people with strong financial resources are strong. Lol

Of course the opponent is a professional. The quality of service depends on how much money you have.

Of course, if you have the same money as a poor student like us, you can go there.

If possible, let’s create an atmosphere that seems to have some money lol

There are also female customers and couples

Before I went, I had imagined a chaotic place where only men with bad looks gathered at their own discretion, but in reality, that was not the case, and I came to see them with only women and men and couples. There were many spectators who were there!

I noticed this right after I entered, but I understood the reason later.

The reason is that strip shows have a strong element of art.

A place where there are naked women

Of course, I’m excited, but I think it’s more similar to that I was moved.

I was really impressed and fascinated. I was impressed by the professionalism of the pole dancers, who seemed to use their physical strength quite a bit, but achieved it in a straightforward manner.

I went to a strip club that I was interested in because it was my birthday! I told you. I was so nervous that I couldn’t be alone, but my friends came along and I was able to fulfill my dream safely. 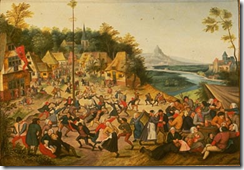 When we reach the first of May, Earth has moved along its orbit to where the Northern Hemisphere is receiving an ever increasing flow of energy as each day is longer than the one before. The Sun is climbing in our sky, and everything in the Northern Hemisphere responds to its light. Indeed, we best be careful not to overdose on its luminosity that can burn and even cause cancerous effects that doctors warn about. We have reached the cross-quarter date that some past ages have considered to be the start of summer.

In Celtic tradition, the night of April 30 was thought of as the darkest of the year, when witches flew to frighten, spawning evil throughout the land. In response, people pounded on kettles, slammed doors, cracked whips, rang church bells and made all the noise they could to scare off the corruption they imagined to be moving on the moist air. They lit bonfires and torches and witch- proofed their houses with spring boughs. Such vigils were kept throughout the night until the rising of the May-dawn.

Beltane–the word means "brilliant fire" in reference to the Sun–became more commonly known as May Day. People danced around bonfires on hilltops, moving in a clockwise, or "sunwise" direction. Later generations would dance around a pole instead of a fire.

In the British Isles young men and maidens would go a-Maying on the eve of May Day, spending all night in the forests to return at day-break, "bringing in the May," adorning villages with spring boughs and blossoms. They might carry with them the stem of a tree, place it in the village, and decorate it with flowers, vines and ribbons. In later generations, people would dance around this phallic of the earth as participants in the fertility of crops, flocks, herds and humans. The celebration was for regeneration of life that comes with increased sunlight that is so noticeable when we reach the junction between vernal equinox and summer solstice.

Maypoles remain common in Scandinavian countries, and the trimmings are often left through summer and winter as a gesture to symbolically insure the coming of spring the following year. The meanings of the day have continued to change. In 1887, socialistic countries established May 1 as a day for working people to show unity in public demonstrations. In communist Russia, the day became one of political speeches and military parades. It is difficult to imagine drifting much farther from the origins of the occasion of reaching the point in our annual travels around our star when we feel the urge to celebrate the increase of starlight that falls upon our portion of ground to amplify the symphony of life around us. Maypoles seem so much more appropriate than do missiles aimed at the sky.

It is, after all, the location of Earth in its solar orbit that we celebrate on any anniversary. Your birthday, Independence Day, Christmas and all the others that are date specific are established by Earth’s orbit and are marked by reference to the Sun in our sky. If you wish, you could mark these days by knowing where the Sun would rise as viewed from some specific observing station. Your horizon calendar would be defined by the limiting northern and southern gateways for sunrise or sunset at summer and winter solstices. The equinox would mark the mid-point, and the cross-quarter dates could provide additional reference points for visualization of the passage of the year. You could add your own personal anniversaries that you wish to celebrate with the entrance and exit of the Sun on those particular days.

Native Americans occupying this land before us were watching the Sun migrate on the horizon. When it reached the place we have named "May" they were singing the songs that brought them into harmony with the fertility of Mother Earth and Father Sky. Their rewards were gentle rains, mixed with sunlight. Successively, as the Sun reached established "houses" on their horizons, they placed seeds in the soil: several plantings to assure good crops.

Calendar keeping people also watch the stars. In early May the evening sky in the west is marked by an arc of brilliant stars. Sirius in Canis Major, brightest star of the night is low to the southwest, setting in the dusk. Higher and a bit farther north is Procyon in Canis Minor. Then we come to the bright pair, Castor and Pollux, the Twins of Gemini. Still farther north is yellow-cast Capella in Auriga. Capella being the last of the group to set gives its name to this star- lit arch–"Arc of Capella."

Underneath the arch, vanishing from the evening sky, are famous winter stars. As May comes in, the Pleiades, a tightly-clustered group in the constellation Taurus, vanishes in the evening twilight, and mighty Orion follows them. Both groups have long been used for agriculture. The Navajo people refer to the Pleiades as Dilyehe’. "Never let Dilyehe’ see you plant," they say. Once the Pleiades are gone from the evening it is time to begin planting in Navajoland, and crops must be started before Dilyehe’ is back in the early morning sky before the dawn.

The cross-quarter day that is only vaguely remembered these days in the form of May Day certainly signals the onset of the most pleasant of times in our part of the world. Leaves are bursting out on trees, flowers in all the colors of the rainbow appear on deserts and make their way into the mountains. Farmers work fields and backyard-gardeners plant vegetables and herbs. This is a good time to look around at earth and sky with greater sensitivity and appreciation of emerging abundance that initiates the harvest we will surely enjoy in a few short months.

This article was modified from the original Von del Chamberlain to serve as an information source for all May Day cross-quarter events.